What is Public Issue

Every company in the market needs capital to operate its business. This requirement of capital can be for the short-term or the long-term.

If a company wants money for a short period, it may go to banks or lenders where these entities could lend money to the company but if the company requires funds for a longer duration then it has 2 options: either raise debt funds or go for equity funds. The former is the same as borrowing money from lenders or financial institutions while the company get equity funds from the investors by issuing shares to them.

A company can issue its shares in many ways. 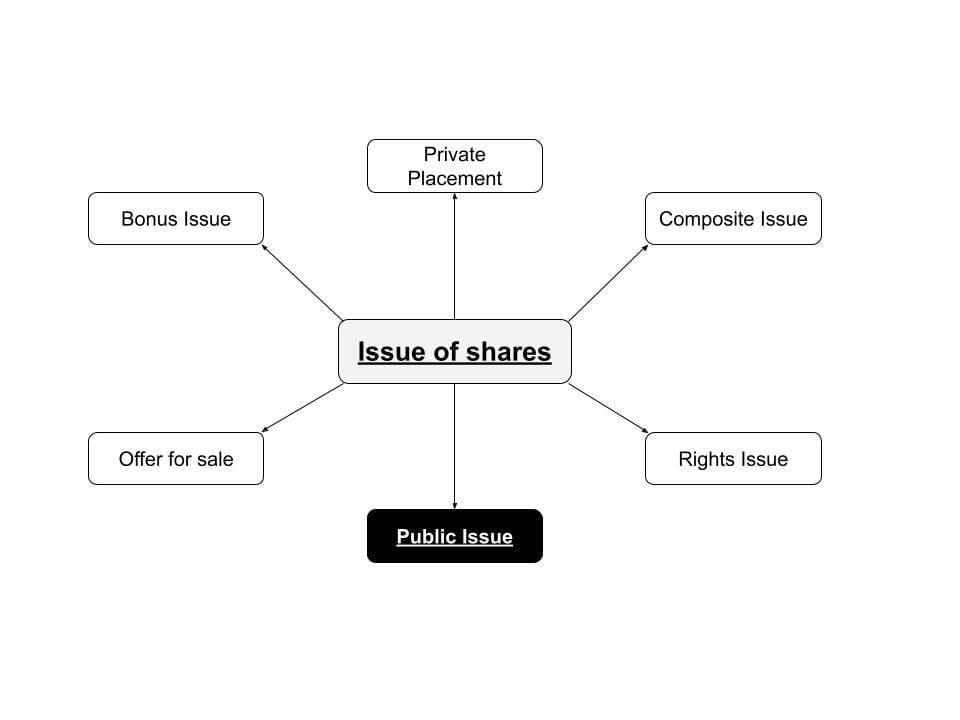 What is Public Issue

When a public limited company raises capital by issuing its fresh and new shares to the public it is called a public issue.

Method of pricing in public issue

As the company issues its shares either by IPO or FPO, it is issuing shares to raise capital but how much? It is decided by the issue price per share i.e. how much money the company wants per share

There are 2 pricing methods by which the company can decide the issue price:

In a fixed price issue, shares are issued at a fixed price. In the prospectus, the company has to give the reasoning and proper justification for the price fixed.

Generally, companies go for fixed price issues only when the management is completely sure that a fair price can be decided among them without having tested in the market like in the case of book building.

In the book building issue, instead of fixing the price for each share company come up with a price band and the investors then decide, how much price they’re willing to pay for one share.

This is the method used for efficient price discovery and determination of the number of shares to be issued. The price at which the shares would be offered is not known initially. It is known only after the closure of the book-building process.

A company can issue its shares either at a fixed price or can give this responsibility to the investors to discover the price within the price band.