Share capital is the capital raised by the company by issuing its equity and preference shares.

The issued share’s price would change according to the demand and supply in the market but the share capital will remain unaffected by the movement of the market.

Share capital also changes but not due to the market movement or because of any other similar reason. It changes whenever the management of the company takes any corporate action.

Now let us discuss the formula, how one could calculate the share capital of a company.

Before getting into the math of calculation, let us discuss the basics which will help you enormously to understand the formula and get the logic behind the formula.

But during public issues, like IPO or FPO, companies do not issue their shares at the face value. The company issues the shares at a specific price known as “issue price” and there would be some price difference in face value and the issue price.

And this price difference between the face value and the issue price of the share is known as “share premium”. 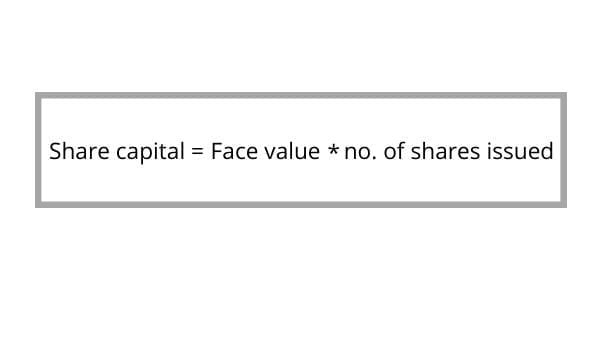 We learned that share capital is the capital raised by the company by issuing its shares but the formula isn’t satisfying the statement as we’re only multiplying the no. of shares issued by their face value.

Then where does the remaining capital (no. of shares issued * share premium) go?

To answer this question we need to understand the concept of paid-in capital and how it is different from share capital.

The total capital which the company is raising from the market is Rs.1,10,000 but according to the rules, the share capital is only Rs.10,000.

It is the maximum amount of capital that a company can raise in its lifetime. This amount of the authorized capital is written in the capital clause of the memorandum of association of the company.

But the company can revise the amount with the “approval of shareholders”.

Issued capital is the part of the authorized share capital which is issued by the company to the investors via public issues like IPO and FPO.

During the public issue, the company comes up with a specific no. of shares with the expectation that the investor would bid for all of the shares but it is in the hands of investors whether they want to bid for the shares of the issuing company or not.

If they decide to bid for the shares, the capital which the company will get in return for these shares will be known as subscribed share capital.

Till now, the shares are get subscribed by the investors which means that they’re willing to get the shares.

It is now the company’s will whether it wants all the subscribed share capital at once or wants it in installments from the investors who are now shareholders of the company.

If the company decides that they want all the capital at one time then there is no question of calling up capital.

But if the company thinks that it would be good for the company if the shareholders give the capital in installments, then the concept of called-up capital came into the picture.

Called-up capital is nothing other than that part of the subscribed capital which is called by the company. 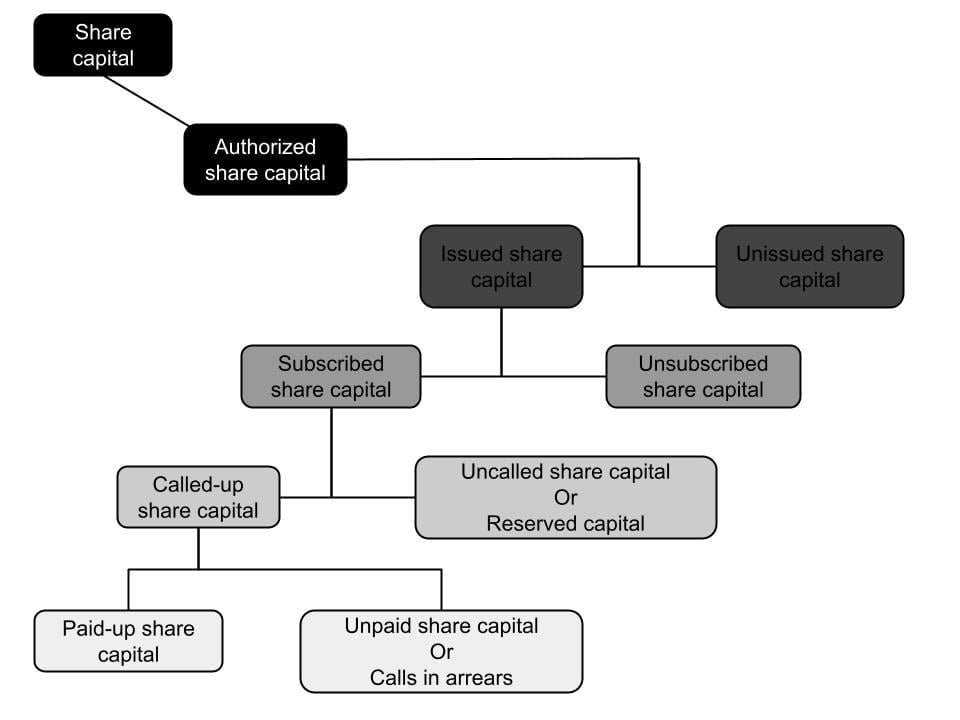 The capital which the company raises through issuing shares acts as the foundation of the company as it serves as long-term financing which forms the core of the business and helps the company in expanding its business.

Other than the motive of business expansion, a company could raise the capital for various other reasons like to pay off its debts and obligations.

Whenever a company comes up with an IPO or FPO and if you desire to invest in that public issue, you should ask this question once, why does the company need capital? and you can answer this question by yourself by analyzing the prospectus of the company.

Share capital doesn’t even consider an asset, far away from the question that whether it is a current asset or non-current asset.

In the balance sheet, share capital comes under the heading of “Equity and liabilities”.

Hence, the answer to the question, “Is share capital a current asset or not?” is No, it is not.